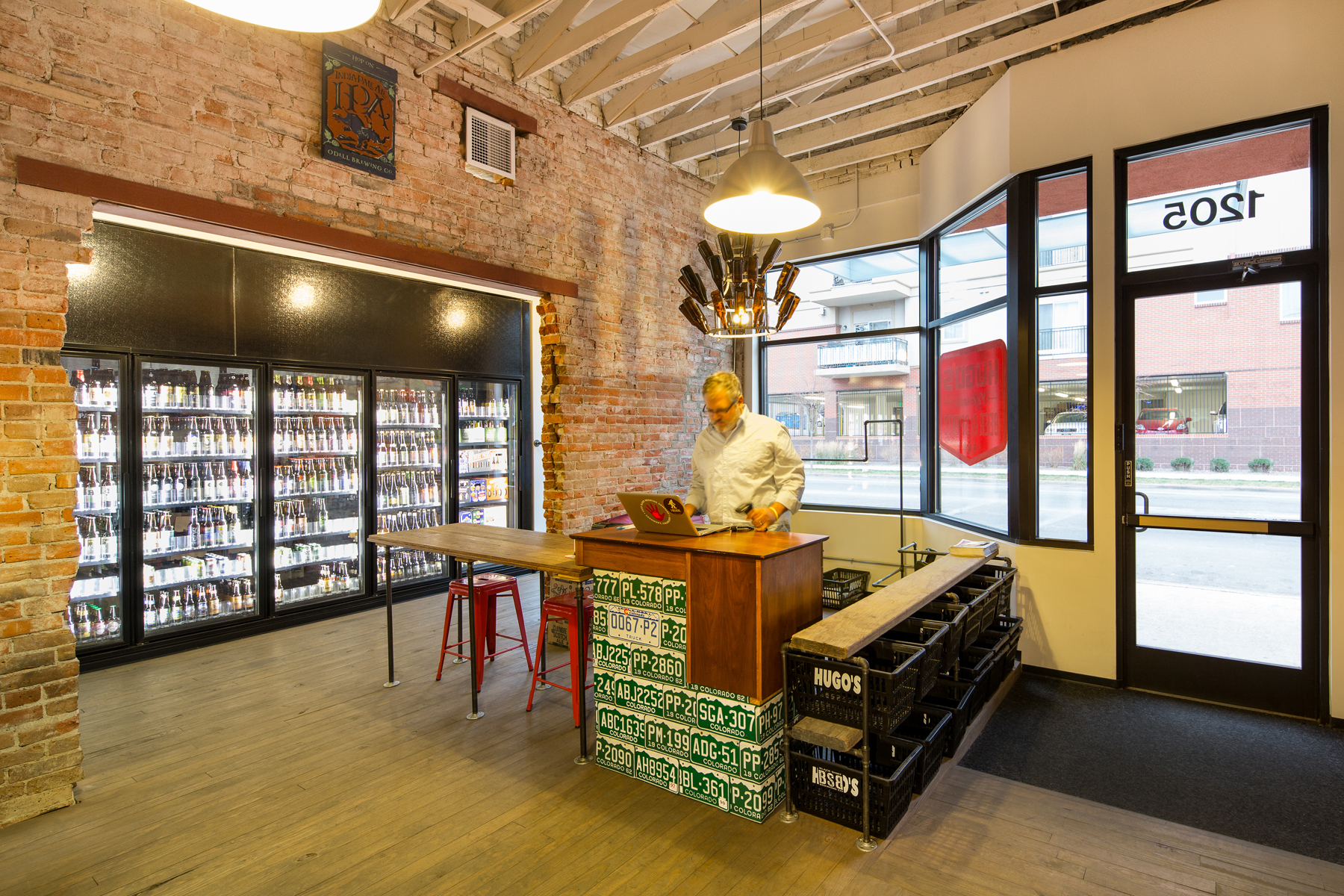 Hugo’s address, once a home to Nicolo’s Pizza, which is now in a larger space next door, was set to be a home to a small Mexican restaurant, but instead Hugo’s took over. The existing space was a challenge due to it being a closed in space. Jordy Construction cut and structurally stabilized two openings in the existing 18’ brick load bearing wall to give the space an open concept. Structural openings were just the beginning in this full renovation project. After selective demolition of many of the existing surfaces, new electrical, plumbing, refrigeration, and HVAC were installed.

Hugo’s Colorado Beer and Spirits does not feel like a liquor store. The walls are exposed brick, the shelving is made of gas pipe and scaffolding, and the new wood floor was finished to look like the original flooring of the building. There is also an ancient chalk mural inside the space that was part of the building when one of the walls faced the exterior.

This project was completed in four workings weeks to meet the Owners schedule. With communication and commitment, this 1,400 square foot project is a real treasure. The vibe of the space is raw, handmade and comfortable.