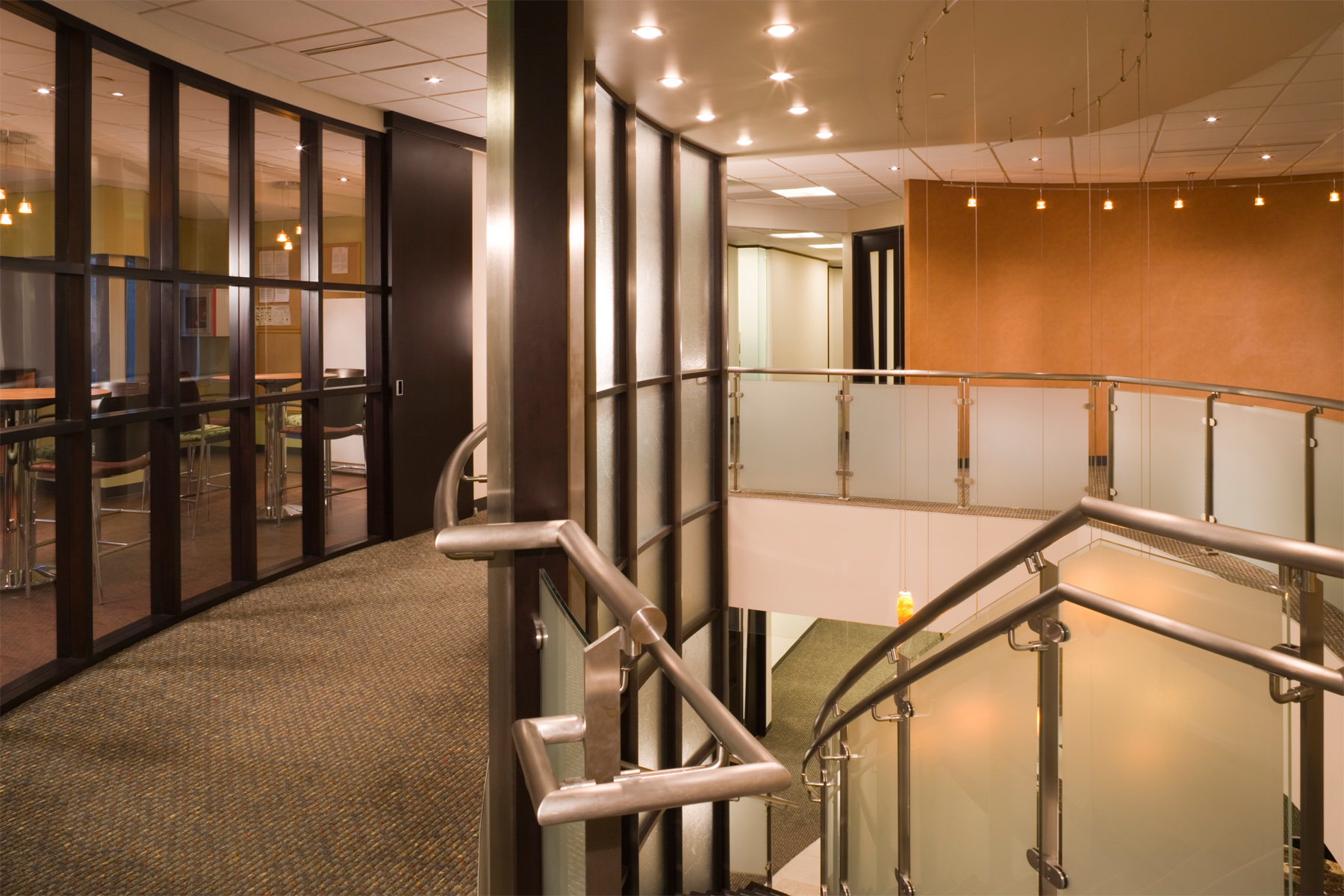 During the height of the energy boom, this major oil and gas firm was hiring additional office staff and expanding its offices just as quickly as feasible to meet the significant growth the energy industry was experiencing. The client required a general contractor to build the space but with the skills that demanded the ability to successfully manage a wide range in the scope of work from meticulously completing fine finishes yet technically adept in handling structural complexities with strong communication skills to bring other tenants, building management and government inspectors together to build the project. The project had many challenges with several highlighted below giving a flavor of the qualifications of this skilled construction team.

Construction of 9 Interior-Phased Linked Project
The project was a 9 interior-phased linked project in occupied space. Jordy worked closely with the client to build-out several offices at a time—and release them early—to accommodate the space needs of the growing staff. Many times, staff was hired so quickly that Jordy would turn over single offices. This required working closely with city officials to get multiple inspections as well as a final inspection and sign-off at the end of the project.

Installation of New Stairwell
The tenant leased a second floor which was adjacent to the original and desired to join the floors with a state-of-the-art stairwell. In order to install the custom curved stairwell, structural steel enhancements in the tenant space below the clients were required. The concrete floors were x-rayed and cut after hours with all debris removed using internal elevators. Short beams were designed and hoisted in the elevator while the additional longer beams required were boomed externally to the building along with the stair case itself. Off hours street closures were required as the staircase and structural beams were meticulously hoisted and brought in through the window. The installation of the staircase continued through the multiple phases of the project.

HVAC Demands Bring Unique Challenges
Opening up the stacked floors for the new staircase meant that the building’s HVAC system would be impacted. Additionally, the upgrades to the computer room put additional demands on the load. This building – although Class A and just 25 years old – was “antiquated” relative to the VAV systems that are installed today. The entire building – at nearly 600,000 square feet – needed to be adjusted and then balanced to allow more air in the space due to the installation of the circular staircase.

The project’s success was recognized with an award by the American Society of Interior Designers.