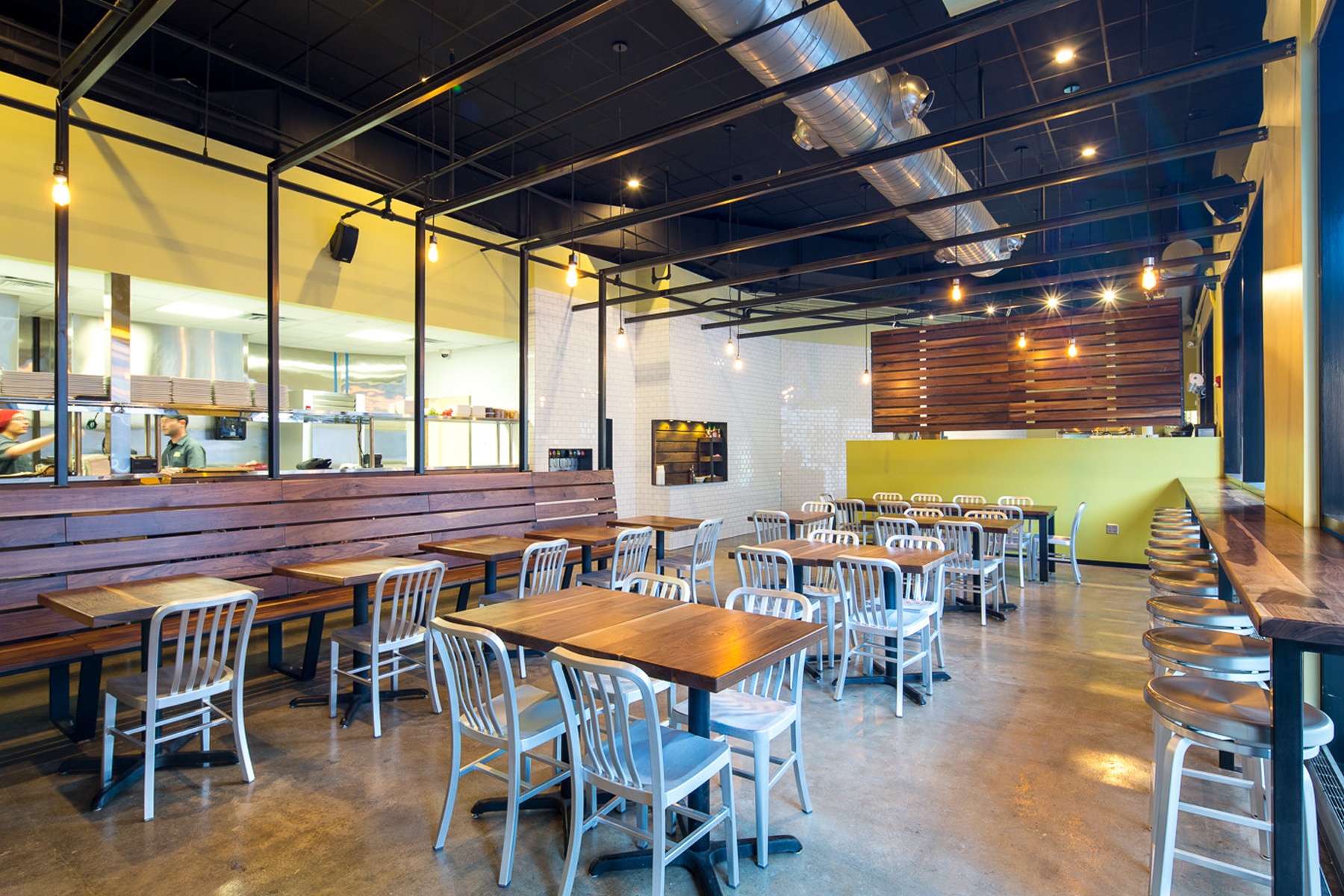 This was a complete demolition of an existing restaurant and conversion into a new restaurant. All existing HVAC, electrical, plumbing systems were removed. All new systems were put in place and tied into the existing high-rise – new electrical and panels, new plumbing, new HVAC including tie into building scrubber. All new walls were constructed and a complete new kitchen layout with new kitchen equipment complete with grease hood and ansul system. All new finishes were installed – flooring, wall finishes, new restrooms, new ceiling system, paint, casework, to deliver the new look of the concept.

Great care had to be taken in order to tie into the new building fire sprinkler, fire alarm, and building automation systems. The existing restaurant systems did not properly communicate – there were many false alarms, odor issues, electrical breaker issues and building pressurization problems. The landlord depended heavily on Jordy Construction to pursue the engineered drawings in a meticulous manor and bring up any issues inherent in the process as it related to the base building systems and the new restaurant engineered systems working in a coherent manner.