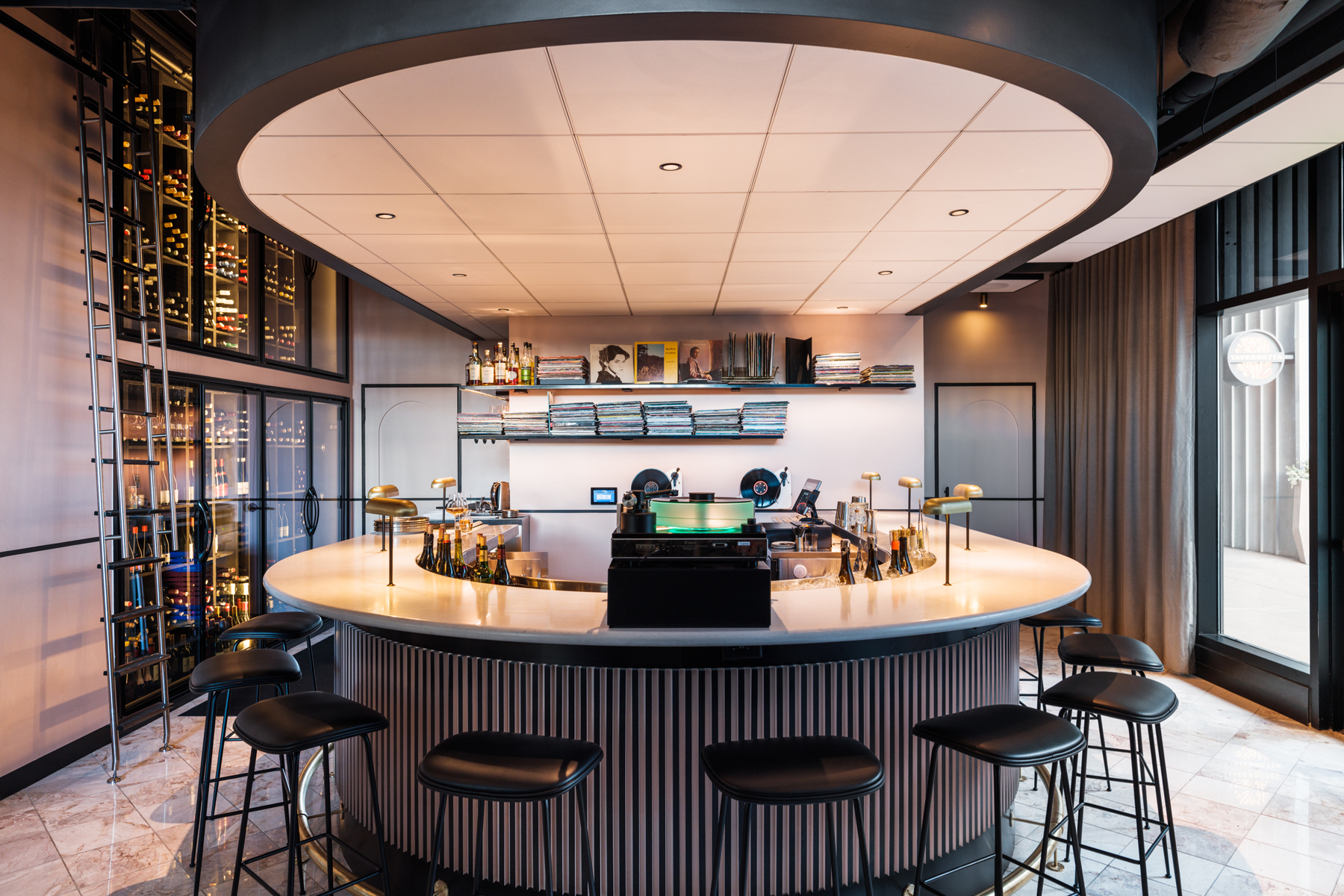 This project consisted of converting a small existing retail space into a restaurant with full kitchen, hood, scrubber, grease interceptor and significant exterior storefront modifications. The restroom location and utility room were the only consistent items from the retail space to the competition of the restaurant. All HVAC was relocated, most of the storefront on the 16th Street Mall side was modified. The grease interceptor was installed in the parking garage below the restaurant. A 2-story wine cellar with library ladder adjacent to the bar was custom built. One of the most interesting parts of the buildout was the A/V system that was installed with multiple turntables, and sound quality that is very impressive!