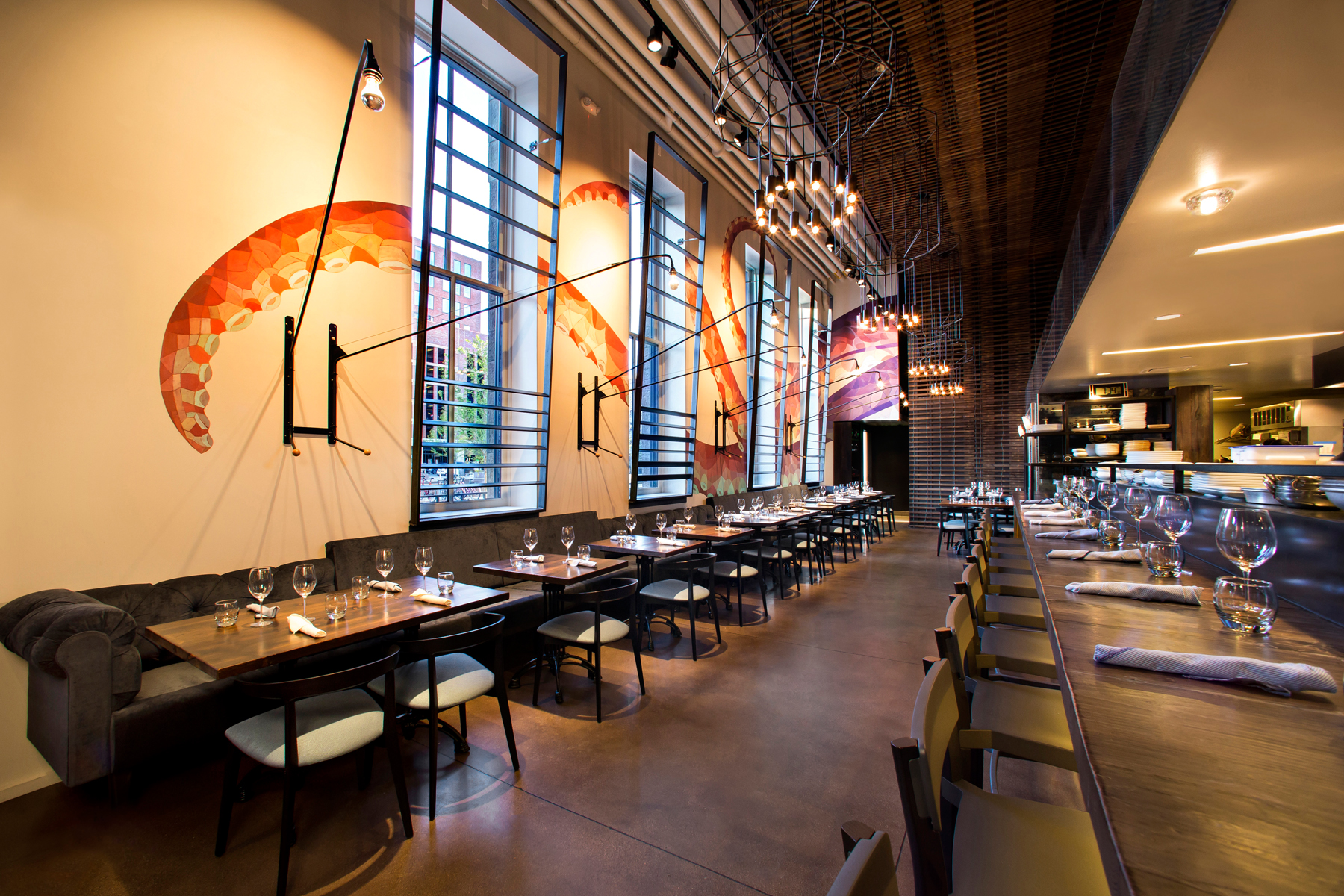 Jordy Construction jumped at the chance to build out Stoic & Genuine in the newly refurbished historical Denver Union Station. The restaurant was touted as one of the most anticipated new openings in the country – no surprise given that the chef is a James Beard recipient who was also featured on a nationally televised cooking competition. Having already worked with some of the biggest and best restaurants downtown, the Jordy Construction team was looking forward to the new challenge.

The team established an immediate connection with the stakeholders of Stoic & Genuine, whose vision for the space perfectly matched Jordy’s capabilities. The 2,000 square foot historical space added a level of complexity for construction and design. Jordy Construction was challenged to maintain as many historical elements as possible while ensuring it was also a fully functional, modern space where shared MEP systems functioned properly for all build outs.

To give a sense of depth to the long and narrow restaurant space, the team took advantage of the 20’ ceilings and added strategically placed décor items such as hand-antiqued mirrors to give the illusion of a wider space. The Jordy team also produced a structural “floating” kitchen ceiling to conceal the water and gas lines, ductwork, and electrical cabling. Economical materials such as stained sand fencing at the walls and ceilings alongside unique architectural elements such as reclaimed wood millwork with steel accents, nautical-themed décor, custom light fixtures, and an entire wall filled with a mural of an octopus served to bring the entire concept together. If the client’s reaction and the crowds at Stoic & Genuine are any indication, Jordy’s work on the first new restaurant to open in Union Station was a tremendous success.