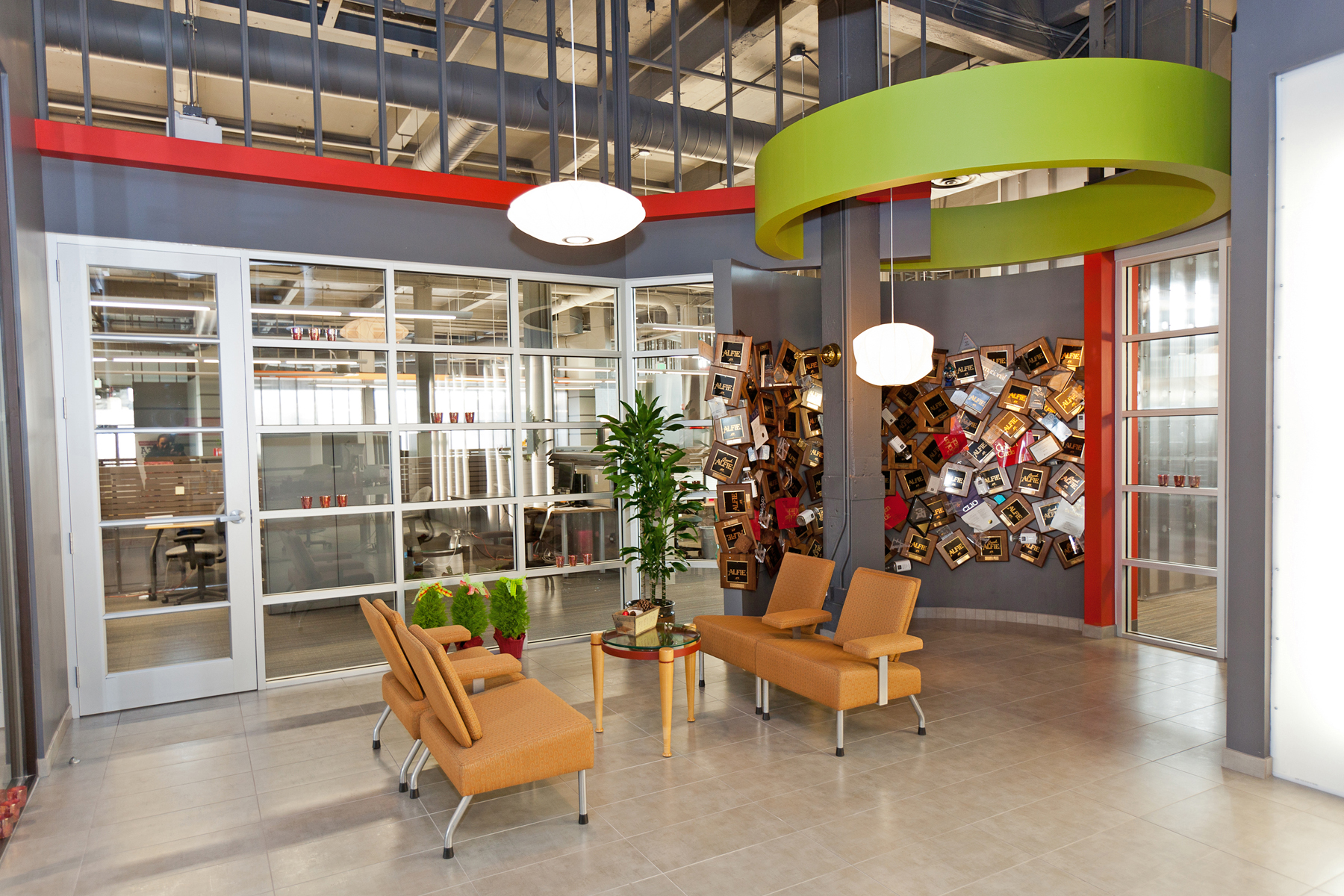 Jordy Construction built out Karsh Hagan’s previous space in the LoDo area. At Karsh’s original location we remodeled the space twice – always during a compressed time line against an internal project deadline. Karsh Hagan established a deadline to relocate their corporate headquarters from LoDo to The Denver Design Center on S. Broadway.

Due to Landlord agreements and lease deadlines, the project had to be completed in eight weeks. Jordy Construction worked closely with the architect, B2SJ and Karsh to establish a critical path and compressed construction schedule. B2SJ and Jordy worked in lock step to carefully specify and check all lead time material and equipment. The construction team held meetings and detailed conference calls with all suppliers to ensure all products and materials and would produce, ship and install within the construction schedule. The next step was synchronizing a collaborative construction schedule that overlapped all trades efficiently and effectively. This task was completed by the project manager and field superintendent of Jordy Construction. The schedule was reviewed by the Landlord and Karsh Hagan. Finally, our field superintendent reviewed the schedule with the building department officials in order to clearly communicate the goal at hand. After all parties were educated, had a chance for input, and all items were solidified; the schedule was locked down and put into use.

The next eight weeks were productive, organized, focused and successful. All of the project’s design elements: open ceiling system, polygal walls, custom casework, award walls, and artwork were carefully coordinated and installed to fall right into place with the critical path schedule. Prior to the high design finishes being installed, Jordy Construction completely removed the existing construction of the existing space, replaced much of the electrical, repaired HVAC units and installed a new fire alarm system. All of the new elements were inspected on an after-hours basis to create the additional time needed for the compressed schedule.

The project was turned over on time as promised. We stand ready to answer Karsh Hagan’s next operational challenge!