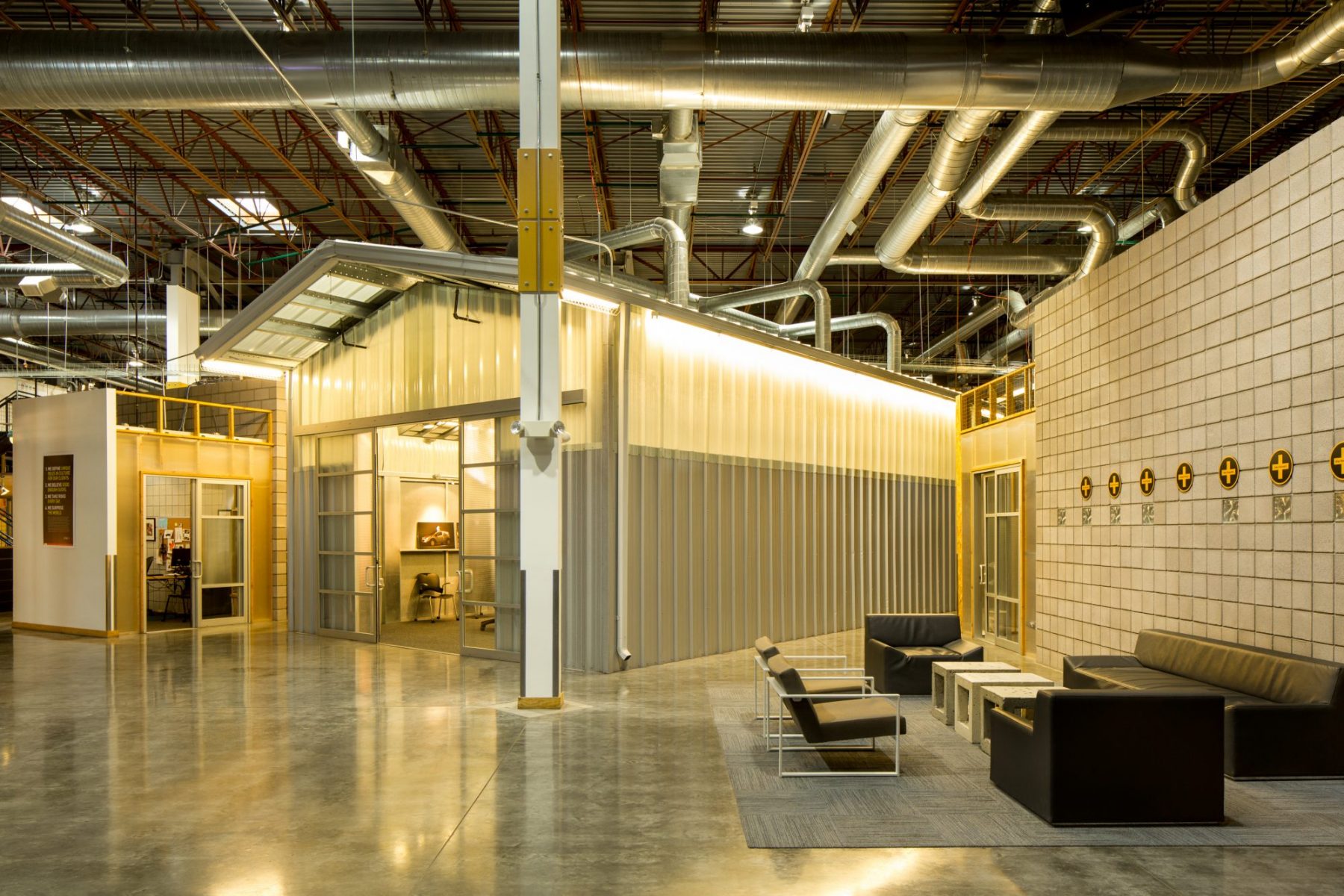 Jordy Construction was awarded the contract to convert a 58,000 square foot former in-line skating center to a functional office for this cutting edge advertising agency, all in an eight week timeframe. The scope included a complete electrical upgrade, additional HVAC units for the 450 employees, which required structural reinforcement of the roof decking before the units could be installed. All this needed to be accomplished while maintaining a full, yet safe construction on the interior side of the building.

Another significant issue that needed to be tackled with careful planning was the installation of new windows, doors and skylights. Since this was a former sporting facility, there was almost no existing lighting. All the vertical surfaces existed precast wall panels that had to be carefully cut.

In addition to building out work stations and other operational rooms, a new Butler metal building was built entirely within the overall building itself to accomplish the final goal and build in the firm’s conference room.