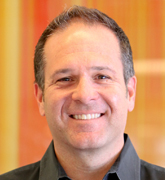 As seen in the Colorado Real Estate Journal, by Jennifer Hayes

And it’s hardly surprising as Wardroup is the first non-family member to be a part owner of the full-service construction company, where he started 18 years ago.

“The opportunity to lead the company into the future and inspire new growth within our industry is very exciting,” said Wardroup, who knew when he started as an assistant project manager working directly with current Jordy CEO Charles Jordy that he had found his place in the industry.

But it almost never happened.

Following graduation from the University of Denver with a degree in business management, Wardroup was heading for law school.

That was, until he was asked, “Why law school?”

Why indeed, he asked himself.

“Working side by side with Charles Jordy over the years has been an amazing experience,” said Wardroup. As president, Wardroup looks to lead the company to new growth, fostering a cohesive and inspiring work environment, and bringing innovative technology and cutting edge techniques to the construction industry. He also sees the firm expanding its out-of-state work and doing more vertical construction.

As a hands-on leader, Wardroup will oversee Jordy’s projects and make sure clients are satisfied and that the firm’s standards are met or exceeded.

“Wardroup has delivered consistently over the years, and there is no better fit to lead Jordy in its continued success,” said Charles Jordy.

Over his career, Wardroup has worked on projects including Izakaya Den, The Squeaky Bean, University of Colorado Hospital, Avaya and numerous ground-up and renovation projects in the medical and commercial industries.

Wardroup attributes the success he has enjoyed over his career to his honest approach, perseverance and dedication to his work.

“I always try to be upfront with people and as transparent as possible,” explained Wardroup. “When I make my decisions, I try to do the right thing for everyone involved. If I do that, clients come back to us. If a client is happy, then that’s a successful job.

“My favorite part of the job is realizing a client’s vision,” he continued. “I love that about our company.”

Wardroup also relishes being able to help Jordy Construction’s employees grow and be successful leaders within the industry.

Yet he says, “The greatest challenge we face is delivering on client expectations while surrounded by unexpected challenges and without compromising the quality, budget and expectations of our clients.”

Wardroup attributes the ability to handle the ups and downs of the business to his mentor.

“Charles Jordy, in terms of business, allowed me the opportunity to grow, mentored me through difficult situations, and guided me while letting me handle circumstances myself. I’m fortunate to have had that opportunity.”

As part of the firm’s mission to provide an inspiring work environment, Jordy Construction is active in philanthropy, including working with Project Angel Heart, The Bridge Project and The Rise School of Denver.

Outside of the office, Wardroup, 46, enjoys snowboarding, skiing, spending time with his new wife, Esperanza; his son, Zachary, 14; and stepdaughter, Kennedy, 7.